(Shadow work is the attempt to uncover everything that we have hidden and every part of us that has been disowned and rejected within our Shadow Selves. Why? Because without revealing to ourselves what we have hidden, we remain burdened with problems such as anger, guilt, shame, disgust, and grief. –LONERWOLF)

An interesting prompt was brought up to me by a guide, what characters represent a fragment of the ‘shadow self’ in otome? It’s a fairly interesting subject to me, as from my own understanding the shadow is what we deny ourselves in public and also in private. Stating, ‘I’m not like that’ or ‘I can’t ever do those things.’ When we voice those things, we end up tossing these assumptions into what I call the ‘shadow pool’ which then creates our shadow self.

Many times, people assume the shadow self is our wicked and evil nature, while that can be true in some cases. I believe it’s actually one of our best teachers for our own self, like when we say ‘I’m not good enough’ ‘I wouldn’t lie’ ‘I am confident’… When we feel the tinge of uncertainty in our own words and refuse to acknowledge the emotion, we tuck it into this pool of shadows and feed our inner demons.

Just a short definition of shadow work that was coined by Carl Jung, it is the process of exploring your inner darkness or things that you may have repressed that have culminated into what I call ‘the shadow.’

Our light and our dark side are usually waging against one another every day, due to certain circumstances that we turn a blind eye to our shadow. I’ve realized over the years of playing otome, there are certain characters I dislike due to the fact they respectively have traits or ideals that I can’t condone or see as likable.

Usually stating, ‘how can anyone do this?’ ‘I can’t imagine ever doing that to someone…’ ‘no one can be this insanely cruel.’

Yet, if you are a persona fan like I am. You know very well that accepting that there is a balance to both the dark and the light is pure acceptance of yourself and learning to understand your heart better. 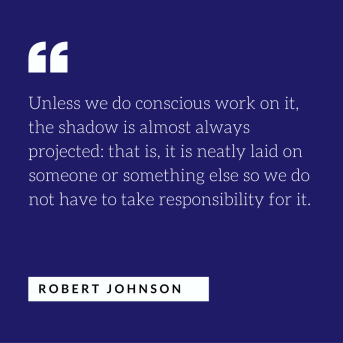 So, in this post, I’m going to use myself as an example of what is deemed as the ‘light’ and show characters that reflect the emotions I repress or deny to come to the surface. These are characters I did not click with for certain reasons or did not like altogether due to many reasons. Usually, our shadow is composed of unwanted characteristics or personality traits we don’t acknowledge or we repress.

However, our shadows may disappear in the light but they are still present. Usually, they appear to us in novels, writing, videos, manga, and even otome games. They just like to pop up every now and then to remind us to face ourselves.

Examples of characters who represent a shadow or can be considered an #otomeshadow could be Toma or Ikki from Amnesia Memories.

Toma represents self-deprecation while Ikki represents insecurity. We’ve seen these characters in their darkest moments through a game and when we see the shadow, we as readers and gamers either choose to understand or feel unease.

I’m not a fan of the Tsundere, the reason for it, I don’t like the bullying aspect or the ruthless teasing they do to get a heroine/hero’s attention in the game. I find it disgruntling and I’ve had my fair share of standing up to bullies in the past, so there lingers a fragment of this kind of persona in me. While Shin is a total opposite for me, where he lies through his teeth half the time to protect the heroine, he represents the shadow that is not present in front of others. He lacks honesty, which makes it hard for us as the reader to trust him throughout the game. I value being upfront and truthful, the only time I would lie, is if my boss asked me if they looked great in a Pepto Bismol colored suit and I say, “the color is very vibrant…”

While he had his moments of honesty in his route, his way of ‘white lies’ triggered a lot of moments that echoed his shadow. Not being honest, which is a common trait for Tsunderes.

He probably represents a latter of the dark shadow itself, simply living in the dark world of his own inhibitions. Not to say he’s a bad character, his habits are alien to me, and thus, I can’t comprehend in having in my own being. Exerting control over someone and flaunting their good looks and kicking me while I’m down is something I can’t see myself ever doing. However, on the flip side of the coin, this is something repressed in my shadow self; no doubt this trait is somewhere lingering beneath the surface.

Manipulative by all means, he hardly ever dirtied his hands as he controlled others to get what he wanted without lifting a finger. The man is simply something out of this world and can cause me to just vomit looking at him, he used people as experiments for his own perverse games. He possibly takes the cake out of the true shadows people hides and represents it in full color which is why I chose him for last. I cannot fathom how he could do all the things he did and be happy at himself when he looks in the mirror… Oops, he doesn’t have a reflection, maybe that’s why he can’t be repulsed by himself. Lucky bastard…

I can probably go into a tirade about this one character alone, however, this is not the post for that and there’s a lot of people who haven’t played this game to know of his exploits… He alone is a complete opposite of a SANE animal or person, but his own persona is a true reflection of a shadow itself. He’s a very terrifying character in his glory in the game, one that makes you want to see him burn at the stake; LITERALLY. 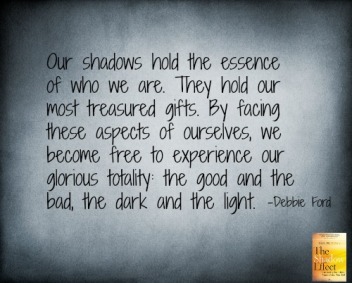 I could probably keep going on with dark shadows in otome, but I think Karlheinz took it out of me since he triggers a lot of resentment in my own self. Thus, my shadow is awakening because I’m repressing said emotion because he’s a character in an otome, and I hope he does not exist in this reality. However, I feel bringing up the shadow self even in games brings a different light to how we view characters and why we may not like them.

Characters we don’t like tend to represent something we deny or do not have in ourselves, and thus, it’s projected into our shadow self.

I feel acknowledging these characters in learning to understand them is our best way of also, learning about ourselves as well. Which IMO means we learn to understand people and above all else, ourselves and why we either refuse to face an emotion or trait. Comprehending it through a game, I feel is much more of an easier way to grasp the shadow and coming to terms with our own #shadowotome.